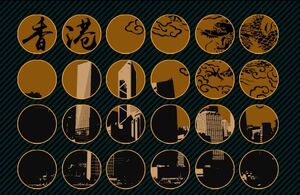 (1) Since 1904, trams have been running between the east and the west along the northern coast of Hong Kong Island. Let's start our journey from Shau Kei Wan to Kennedy Town via Happy Valley.

(2) Due to continuous growth in population and economy, demand for a comprehensive transport system began in 1881. England sanctioned the building of a tramway system on Hong Kong Island on 29 Aug 1901.

(4) 1903 - The construction of a single-track system began and it ran from Kennedy Town to Causeway Bay. The route was later extended to Shau Kei Wan.

(5) On 2 July 1904, tramcar no. 16 left the depot for its first test run. Mr. Jones, the Director of Public Works, rode on and announced that the tram was fit for service after inspecting the system.

(6) Some coolies tried to haul their carts on the tram track. This caused many delays and nuisances for the tram service. A legislation in 1911 was enacted to stop the illegal use of tram track.

(8) 1913 - The open-top upper deck was not popular during rainy weather. Light canvas roof covers were then added.

(10) 1923 - tramcars were fitted with permanent wooden roofs and roll-down blinds. *Make sure your tram is heading to Happy Valley!*

(12) 1925 - Newly designed tramcars with fully enclosed upperdeck were in service. *Disembark at Happy Valley Terminus and board the next tram towards Kennedy Town at the end of this mission*

(13) 1927 - The new double track between Shau Kei Wan and Quarry Bay was in use with the completion of the new wide road. *Ready for the 2nd half?*

(16) 1933 - Hong Kong Tramways lost the franchise to run the bus operation in Government's open tender and the buses were eventually sold to the China Motor Bus Company.

(17) 1938 - Air brake system was introduced to improve the tram's on-road performance, which was also used to operate the turnstile afterward.

(18) 1941 - Japanese Occupation took place and very limited tram service was provided. Only 12 tramcars were in operation from Causeway Bay to Western Market.

(19) There were 63 tramcars in service by August 1946. Single-track system was substituted by double track system in August 1949.

(21) 1965 - Due to increasing demand, single deck trailer was introduced. The trailer was attached to the back of ordinary tramcar and designed to serve first class passengers only.

(23) 1971 - Hong Kong Tramways began to employ female conductors and drivers. 1972 - Class distinction was abolished. *Disembark at the Terminus. Thanks for joining. Let's walk back to an MTR stn*

(24) 2014 - Hong Kong Tramways celebrated its milestone: 110 years in service. *Hope you had an enjoyable mission trip!*